An Australian Invention Worth It’s Salt

It all began in Len David’s garden shed. An Australian scientist who wanted to improve the chlorination of swimming pools for greater safety, convenience and economy, Len decided to experiment with titanium electrodes.

“The concept was to combine science with nature”

According to Barry Menesis, a South African expert in salt water chlorination who has been in the swimming pool and spa business for many years, it was in the early 1970s that Len started off working his garden shed, testing his own pool water.

“When friends also wanted to try his new sanitizing  technique, he expanded to his garage and started making salt water chlorinators!”

At the same time not everybody was convinced. “To most people out there he sounded like some ‘snake oil’ salesman trying to sell a product with almost unbelievable benefits and characteristics.”

Len’s concept was to combine science with nature. It worked and the Clearwater chlorinator was born. Today there are numerous companies worldwide which manufacture salt water chlorinators of varying degrees of quality and performance.

Remarkably small machines, chlorinators work in conjunction with the pool filter, using ordinary salt to make chlorine gas at a fraction of the cost of regular chlorine products.

“Sanitizing swimming pools with salt water chlorination has become the most effective, most environmentally friendly method of pool cleaning,” says Barry. “Once a chlorinator has been fitted, it produces chlorine as part of the daily filtration process. Some systems also produce small amounts of ozone, which adds further sparkle to the water.”

The experts say that owning a salt water chlorinator and having a salt water pool means minimum maintenance and low operating costs. Better still, it will result in a long-term sparkling swimming pool.

The fact that the water is slightly salty makes it less irritating on swimmers’ eyes. Just taste your tears and you will see why!

How a Salt Water Chlorinator Works

Salt is sodium chloride, and when a suitable electric current is passed through salty water in a specially designed chlorinator cell it splits the salt, liberating chlorine gas which dissolves in the water and sterilizes the water, preventing growth of algae.

The recommended salt concentration varies between 4,000 and 7,000 parts per million (ppm), depending on the chlorinator make and design. This means you will need between 4 and 7 kgs per cubic meter of volume.

Using a good quality salt helps to prevent damage to the electrodes in the chlorinator.  Never use iodated salt.

As the chlorine is liberated, the sodium end of the salt remains in the water and makes the pool alkaline. It raises the pH, so to counteract this it is necessary to add pool (hydrochloric) acid. This immediately reacts with the sodium end to make salt.

This means that in a well run pool you should, in theory, never have to add salt.

But we all have to backwash our pools, and inevitably salt is lost during this process. For this reason, salt will have to be added from time to time (even in the best run pool).

Remember that if the salt concentration becomes too weak the electrodes will not make enough chlorine and the system will not be effective.

Be sure to check the pH of your pool water regularly and do not overdose the acid. Never reduce the pH below the recommended levels of 7.3 – 7.5.  This is particularly important in marbelite pools as too much acid will eat into the marbelite.

A chlorine stabiliser is available and helps to prevent the loss of chlorine from the pool water.  It should be added at 40–60 ppm or 50 grams per cubic meter of water volume.

You can read more about salt water chlorination on Wikipedia. 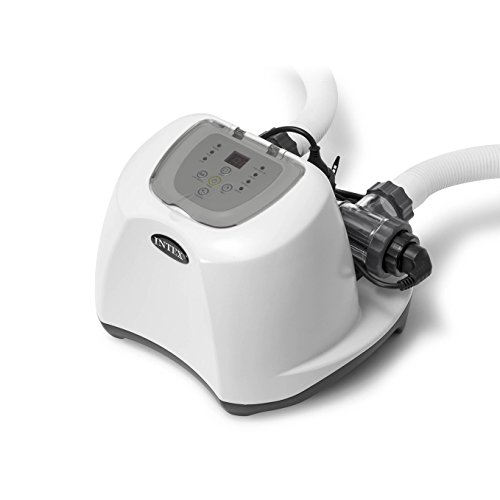 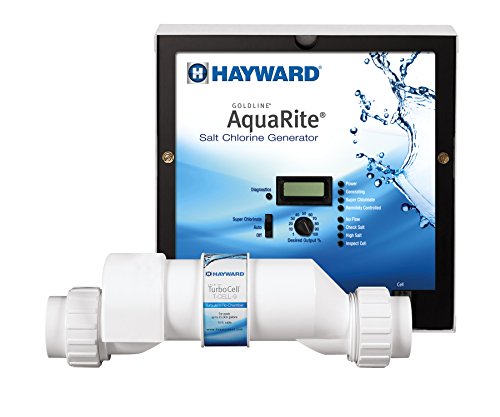 Save Energy & Save Your Environment

How To Keep a Clean Pool

The Salt of the Earth

Look After Your Hot Water Spa