Above: Engineered genius upwards. The seemingly simple design of this rimflow swimming pool belies the fact that it is suspended over 7 m (23 ft) high pylons.

This Pool Has Been Structurally Engineered

Theoretically the installation of all swimming pools involves some principles of engineering.
Even a plastic sheet lining a hole which is then filled with water could constitute a ‘swimming pool’. The engineering principle applied is that, provided the ground under and around the ‘pool’ does not move and the plastic liner is not perforated, the ‘pool’ will remain structurally sound and will hold water.

As Peter Sulston, whose company Suburban Pools has won multiple NSPI South Africa awards in the unusual structural or engineering skills category over the years, says, this very same engineering principle is applied in many contexts. In fact it relates to any container used to hold water: vinyl liners, factory moulded fibreglass, brick, concrete, hand-pack and gunite swimming pools. Some of these containers will need to be properly backfilled with stable material to ensure that there is no movement that could lead to fracture.

Most people will agree that this principle is easy to apply when pools are installed into stable ground conditions. But what happens when the ground is not stable or where the pool is being built slightly above or even far above natural ground level, perhaps on the side of a hill or mountainside to capture a  beautiful view? To make the pool part of an upper level living area might also require the pool to be built high above natural ground level.

A number of pool companies worldwide specialize in providing finishes to this type of pool. But if there is a leak or any other structural problem, the responsibility to repair it will be split between the builder and the pool builder, which can lead to disputes. For this reason, it makes good sense, if possible, to have only one responsible party.

Some pool builders will take responsibility for the pool design, build the pool, provide finishes and guarantee the whole job – leaks and all. Generally, it pays to get the pool builder involved at an early stage of planning.

According to Wayne Greenfield, also from Suburban Pools: “Our most successful projects are those where we have been called in at the design stage. We find it such a waste of the owner’s money when we are called in after they have already paid another structural engineer to design a brick or concrete structure.

“We prefer to offer a turn-key project: a gunite pool designed and built under the jurisdiction of our own structural engineer.”

Many of the Western Cape’s most prestigious residential suburbs are on the slopes of world famous Table Mountain and the surrounding mountains and hills. Over the past 30 years Suburban Pools has built numerous structurally engineered pools, and the company has won the prestigious Cemcrete trophy several times. They have built many elevated pools on sloping sites as well as pools on top of garages (one into a double-volume parking garage), and several pools over other pools. According to Peter Sulston, several of the most interesting structures were in illustrious Bishopscourt, and include a pool which was built on a flood plain, and another which was elevated about 10 m above natural ground and constructed on gunited pylons.

“The highest and most difficult pool we have ever built required us to elevate the structure to house floor level. We had to gunite
7-meter high pylons and then suspend the pool over these. To complicate the design, a rimflow channel, filter platform and paved surround had to be cantilevered off the main pool structure.

At the other extreme, Suburban Pools recently completed a pool on a river flood plain.

“At first look, the ground  looks quite normal,” says Peter. “However, the report by the geo-technical engineer indicated that the sub-strate which had been laid down over the centuries included layers of stable and unstable material, including voids.

“To enable us to set the pool on a solid base meant we had to go down. Frankipile concrete pylons with coned tops were formed to a depth of 6 m below the base of the pool floor. A 300 mm-thick concrete slab was cast over the pylons to form the base, and then the pool and rimflow channel were built on top of the slab.

“Once complete, the pool appears to be seated firmly into natural ground. However, in reality, it is structurally designed and built almost to the same specifications as the ‘highest’ pool up the road!”
If there is a message in this experience, Peter says: “No matter how difficult the site might appear to be, there is an NSPI pool expert who can advise you. But talk early, at the design stage. It could save a lot of time, effort and money.” 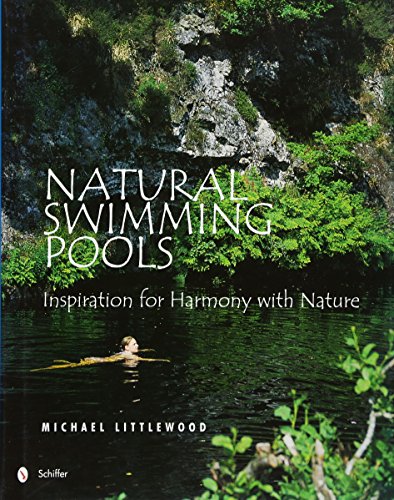